I do not always realize that other people might not know what Fix Nature means, despite the fact that the words are obvious, and very simple in their meaning.

Therefore i will explain the obvious, so there will be no misunderstandings left.

It all started with the declining of our natural environment. The increasing blur in the air, the pollution became more visible by the day. That was in the ’80’s.

It became worse and worse, so in 1990 we decided to do something about it, and founded our foundation: Stichting Nature Fiction. The name was chosen because sceince fiction was something that did not exist, and cleaning nature, well, would prolly never exist either. So we knew how difficult it would become. The reality was worse. Today, we know that the beings that control the illusion they created, are not effected by the pollution they cause, only the bodies they inhabit, suffer from it. And because they lack empathy, they don’t care about humans. For them they are cattle under their control.

Some of the most severe pollution, was to blow crude animal shit mixed with animal piss through the air. The microbes that created raw material from food in the gas or odeur that became freed when performing the action, tried to create raw material everywhere it landed, devastating the most vulnerable trees: Fruittrees. Because it was crude, Nitrite was formed, which is very damaging to the imune system when in drinking water. And all the wells were polluted with it.

Back then, people were heard by the national press. It was not bought and censored as much as it is now.

So, we started to put pressure on the government to change the fertilizer laws, to make the above behavior impossible. It took 10 years to complete. But the politicians that were assigned to create decent laws, were not very bright. And instead of using the advice of real experts, they winged parts of it. Un fortunately the most important part: The cause, was not addressed the proper way. And interpreted wrong: The manure cellars should become septic manure cellars, (to prevent the production of nitriet, which happens when ureum is not broken down properly), so instead of nitrite, nitrate would be formed. Which is harmless.

The changing of the fertilizer law had a lot of impact on the farmersociety.

In my village they blaimed me for the damage, instead of understanding what they had been doing, which ofcourse necessitated the changes of the entire cattle breeding. The livestock had to shrink, because we were drowning in manure. 200 farmers had to migrate to Poland, Canada, England and Australia.

There was nothing i got permission for. I had to wait 25 years, for the old council to die, before that slightly changed. Which is the reason everything took so long. A total of 35 years ‘wasted’, because i somewhat damaged the financial interests of a few rich and mighty men. But it was necessary, and i would do it again.

Freedom, worth your while?

Life Force turns out to be a scam, unfortunately…

What we have lost in 30 years?
Our freedom, our money, our health, all our human rights, the constitution and our freedom of speech, which was always we thought belonged in a democracy…. But a policestate is no Democracy now, is it?

Things have changed a lot since the founding of this ‘foundation’. In fact, it changes so much, that nothing will ever be the same again.

We all know, the going down the drain, started in 1996. Trias Politica, seized to be: Intro to the worldwide police state. Most people did not seem to notice what was actually going on. The bright ones, the wake ones, yes, they felt something began to feel ‘off’ with the world…

The cabal, not so known as today, started to create the landscape:

All according an old plan, that always worked. Devide and Conquer, top down hierarchy. Say goodby to ‘Democracy’.

Ofcourse no one should notice before it’s too late…

They started with the lies, as always..

And people still could not see trough them. It was still always about the money. How could the most money be ‘taken’?

Control, had to be the number one. So how are the people controlled?

We all know how it looks now.

Very slowly the people are waking up, in disbelief of what has happened while they were asleep. Was this done by their governments? Not exactly. But they complied with it, out of ignorance, vanity or greed? 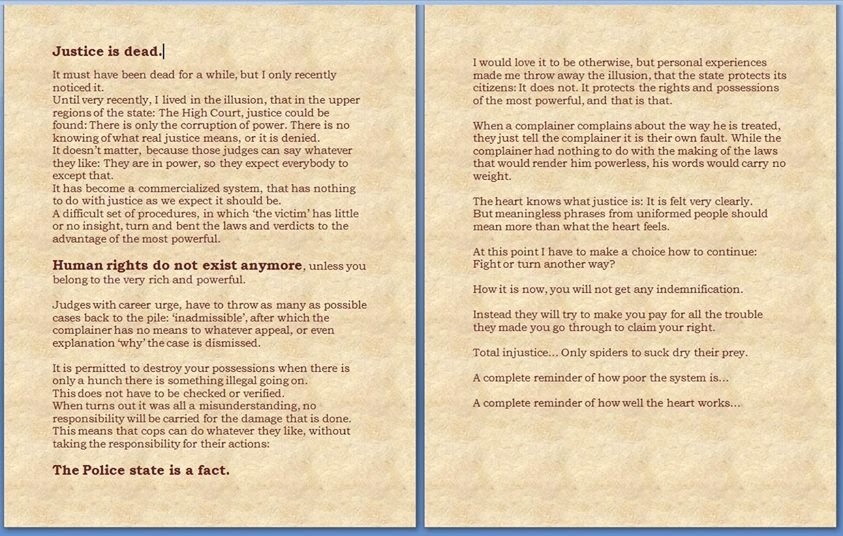 After the trial was lost, after 18 years, i took the case to the European Court of Human Rights, to find an even bigger, opener corruption. The higher i came, the corrupter it got.

This was a post of mine, shortly after the refusal to review my case in court.

Inadmissible, also a very convenient way to say: Fuck You!

This guy got promoted, shortly after turning me down, coincidence? So it seems… Fact is, this is a real career guy.

This should have been the end of the story for me. All the ways to reopen the case seemed to be closed, except one: Publicity. And this publicity is what i seek now, to get together people who stand by me, support me, to get Justice! And also to get the case known by as many people as possible.

So, dear reader, may i ask you to join my case, by following my blogs, and eventually ad comments here and there? You don’t have to be afraid something bad will happen to you, only, if i win this case, you all be rewarded for standing by me, to get Justice done.

Know this, i will never give up. The things i take on, i see to an end. For now, i can offer you knowledge, love, and affinity. But also patience, and the feeling that you support a real case.

Their tactics is to demonetize their opponent…

Ours is to stick together, and help eachother where can…

Needless to say this can only lead to disaster, and mainly for others than the idiots…

In 1998, a new minister of justice came into service in Holland. It was a Khazarian Jew, and it was  a great shame nice Dutch people helped him hide during the war, because it would have been much better for many, many people, if they had deported him.

This lowlife created illegal laws, that lifted the police above the law, and suspended the human- and constitutional rights of the cityzens. From that time, one was guilty, until proven innocent!

Before him, cityzens had their rights, and were innocent, until proved guilty. To legalize this law, he called it the ‘plukze’law, pluck-them law, the Dutch constitution had to be changed. The opposition was great, and the constitution was not changed. The law was taken into use, despite the fact it was illegal.

With this law, the police became almighty, a policestate was founded. From then until now, the policeforce transformed into the most advanced and protected robbersgang of the Netherlands. Only in 2016 they robbed for about 300 million from al kinds of businessmen. This was made possible due to the fact, that from the time this law was taken into service, people’s rights were suspended, because of the ‘guilty until proven innocent’, ‘the reversal of the burden of proof’, and, if someone was called ‘suspect’, somewhere during the investigation, the right for compensation was forfeited. Totally injust law, that should give the police the advantage to be able to rob the ‘suspect’, while he was taken into custody, without the right to an attorney, present during the investigaton to protect his rights: The rights were suspended remember? With the owner away, they had enough time to take all laptops, pc’s and money they could find, not to ever give it back. Also, nobody was responsible for the theft and the destruction that was caused during the ‘investigation’, because when called ‘suspect’, all compensation was forfeit: Very convenient injust law, to be able to rob everyone that they would call ‘suspect’.

I was a victim of this law. Because before this law came into use, all was different, kind of the opposite, and i had worked seven years already to create my new species, and this was the year of the big harvest, the eight’ year. The police was brainwashed into the new method, and seemed completely different than before, there was no reasoning with them anymore, they did not have to reason with people with no rights, remember?

In Holland, the Maryuana was soft drugs, and tolerated everywhere. It was embedded in soceity, and curing and easing pain. There was a lobby to get Cannabis out of the legalsystem completely, and it seemed that could happen. For over 30 years, there was experimented, and no harm whatsoever was detected, only benefit.

But this guy, was totaly unaware of cannabis: He had looked through a window into a coffee-shop once, and now he would be in control of the justice department… a disaster, i tell you, for every free person in holland.

This ignorant ripped the whole soceity apart, and stigmatized the use of the Cannabis. Unfortunately, the whole scene had go underground, and in hiding.

So everything, hundreds of thousands of people had worked for during 30+ years, went down the drain. The train was pushed off the rails… It took a while before we all realized how bad it was… And when we did, it was too late to do anything about it…

I heard yesterday that from this day, the government in Holland is allowed to solely and only grow the Cannabis. They muscled all the individuals out, and take control over the culture. A big corporation seems to get all the rights for the whole of Europe… It is very well possible that there will be GMO Cannabis flooding the market. Monopoly. I guess we are all fucked, unless, we just continue what we have ever done: Grow our own.

Proof is piling up. 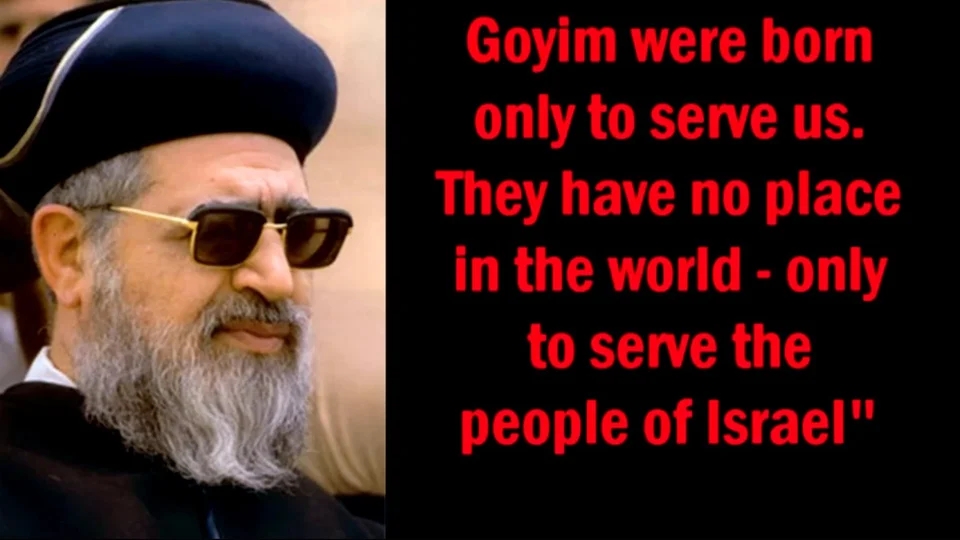 That Humanity is to be wiped out.

Why are we not free?

Because we accept lies for truth.

What you see around you, is the product of projection. But who’s projection? Yours, or someone else’s?

The creatures that rule the planet are not serving us, humans, but just their own parasitic, selfish needs.

At this point, the future cannot be changed…(anymore) 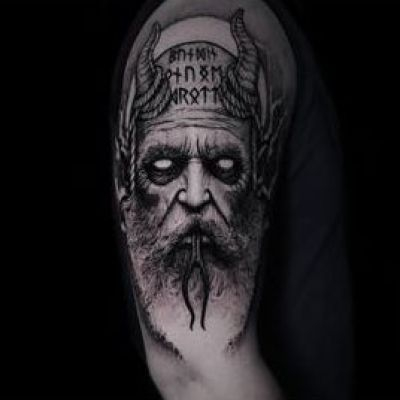 We all move to a bottleneck in time. Nothing can change this. What do i have to know?

How to react to: Too much information.

Take a step back, calm your mind, and listen to your heartbeat.